i swear i've been alive all year

The Prompt: “Moment. Pick one moment during which you felt most alive this year. Describe it in vivid detail (texture, smells, voices, noises, colors).” (Author: Ali Edwards) 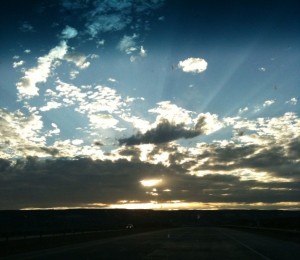 I have some problems with this prompt. First, describing things in vivid detail is not what I’m about. I know, “get in the spirit, dumbass,” but for me the spirit of things is to focus on what’s underneath, and try to work that out in writing.

That being said, most of the moments that stand out for me as being “most alive” involved being with other people, and I’m neither comfortable talking about other people in that regard nor would it be right to do so. So I won’t. But I will note for future reference that I find it more and more ridiculous that I’m such a staunchly INTJ Capricorn when I actually love hanging out with people. But not all people. Maybe that’s where the “I” comes in to play.

I know some other #reverb10 authors have responded to this with “but I’ve been alive all year!” and that’s true. So have I. But there have been many days—especially at the beginning of the year—in which I’ve felt absolutely dead. Not dead tired (though that too) but just…numb. Nothing. I may have been doing something, but I didn’t feel it. Just going through the motions.

So, aside from actually being alive, and spending quality time with people who challenge me to think hard about stuff, and also make me laugh hard about stuff, the moments I’ve felt most alive where when I was driving across the country and engulfed by the big sky. No, seriously. Driving.

Of course I would have preferred it if I were out hiking under the big sky, but I wasn’t. I was sitting on my ass for many hours in a row, staring out at the loooong flat road in front of me (see photo, courtesy of Rachel, also doing #reverb10, who stuck her phone up to the windshield and went clicketyclick). I felt alive because everything was wide open. No boundaries. I mean, sure, I was driving on a road, but I didn’t have to. I could’ve 4-wheeled it and no one would’ve cared (well, maybe Rachel). I could’ve gone any which way I wanted to, and no one would’ve cared—we had an endpoint for that trip, but a big ol’ country in-between.

This is one of the reasons I drive a lot, just as a matter of course. I drive to see where I can go, to see where roads stop, or when there’s something special that pops up (like a bear, which has happened). When you drive, you always have to be alert, obviously, but when you’re driving with a purpose—to spend time thinking about things you don’t usually think about, or that you have to work out—the ol’ brain tends to kick into high gear because it has to maintain a couple different trains of thought.

As a bonus, because my answer for this year was pretty lame, here’s the exact moment I felt the most alive in 2007, because it scared the bejeezus out of me. At this moment I was staring down at the Valley Floor from Taft Point, also known as “let me just lean over this railing from 7100 feet, just for kicks.” I would prefer not having to scare myself silly just to feel alive. I’d also prefer not having to drive under the big sky for hours on end. I’d prefer to focus on those moments of aliveness that involve other people, and generative discussion, and see what that brings.

But on any given day, I’m wont to run outside and find some mountaintop—it’s true.

[This post is part of Reverb 10 “an annual event and online initiative to reflect on your year and manifest what’s next.” This is my post #3.]

2 Comments on “i swear i've been alive all year”